Rowena is a stay-at-home mom who is dedicated to raising her two children and serving her community through philanthropy.

When she’s not driving the kids around to all their activities, she spends her time volunteering at school, raising money for Rady Children’s Hospital, and working for local non-profits through the National Charity League. When she’s not trying to save the world, she enjoys traveling, eating out, watching movies, attending concerts and finding peace at the spa.

Q & A with Rowena

When and how did you realize your husband was an alcoholic?

I first realized that Marc was an alcoholic during our third round of couple’s therapy. We briefly touched upon it, he denied it, of course, then I remembered ALL the recent times he had embarrassed me, passed out, or worse.

How did Marc’s alcoholism impact your marriage?

We fought all the time. Anything would set him off.

How did it impact his parenting and your children?

What parenting? I was the only parent.

Many marriages break up over addiction. Why did you stay?

FEAR of what my life would be like as a single mom.

What do you think was the catalyst behind Marc’s decision to become sober? And how difficult was his journey for you?

A situation I told him with Lianna was the catalyst. He hit “bottom” during a business meeting in Las Vegas a week later. He texted me two times in a row, “I love you so much.” …I knew something was terribly wrong. He was supposed to come home that day. Instead, he called me and told me he’d checked into rehab. It was like a dream, really. I knew he was an alcoholic, but really didn’t think about him ever going into a 30 day rehab facility…let alone AWAY from home. It was very difficult when he was away…no phone, no email…it was very scary for me. But, when he transferred to a facility in San Diego it was better. We could visit him and talk about his experience in rehab, etc. I didn’t realize, however, how bumpy the road would be for years to come.

When he arrived home from rehab, were you certain he would make it, or were you at all skeptical of his sobriety?

I honestly didn’t think about it. It was his “work” and if he relapsed, the kids and I would leave.

What is the biggest change his sobriety has made in your marriage? And in your family?

I think the best change is the change it will make in the life of the kids. Hopefully, THIS cycle will end with them.

You and your son are responsible for the illustrations in the book. What made you enthusiastic about the writing of it?

Doing this project with Bennett has been so fun – just having mother/son time for something so important. And it’s nice for Marc to include Bennett in this process.

How do you feel about making your family’s life public with this book?Do you worry about the reaction of your friends and their parents to your book and your experiences?

I have mixed feelings. I’m a very protective parent. Frankly, it scares me. I feel it just gives me more to worry about.

If you could give one piece of advice to women dealing with an alcoholic spouse, what would it be?

What message do you hope kids – and their parents – take away from this book?

You are DEFINITELY not alone. 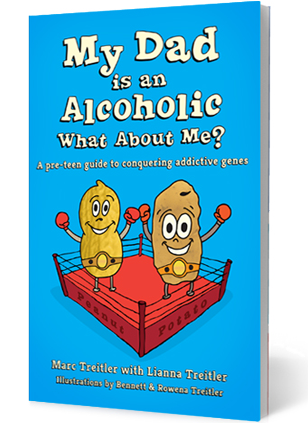 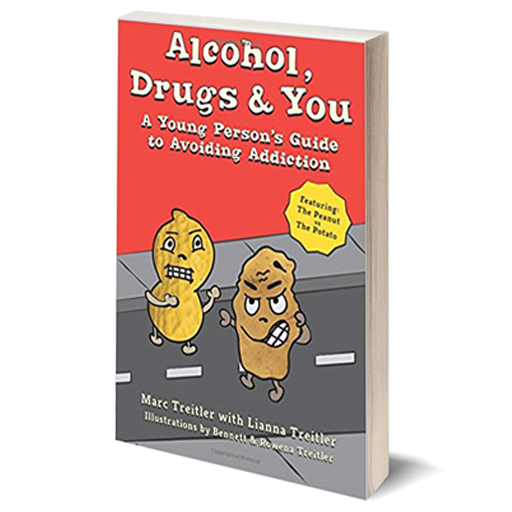